Welcome to my new blog about adapting to seaside life in beautiful Cornwall. In 2013 I moved from the West Midlands to the West Cornish coast after a year living in sunny Bermuda. So a true ‘West End Gal’ both then and now!
As I write this, I’ve just got back from ‘Pirates on the prom’, a fantastic spectacle in Penzance (where else?) which saw over 14,000 people get together on Bank Holiday Monday dressed as er well – pirates. Yes, you read it right. Plenty of plastic swords, hooks and pistols too – just the sort of thing that would get you arrested in parts of the Midlands. Not forgetting the occasional pooch wearing a nifty pirate kerchief or even an eye patch. Only in west Cornwall – except that pesky seaside town of Hastings has also got in on the act.
Back in 2011, Penzance made the Guinness Book of Records for the biggest pirate get together with over 8,000 people doing their best impressions of Jack Sparrow and co. The previous record was held by the much bigger seaside town of Hastings and it didn’t take them long to plunder the prize back from Penzance. So of course Penzance had to have yet another plastic sword stab at it…and boy did they put on a show this time around. Of course me and the other half had to join in as well, with the pictures to prove it. As the saying goes, when in Cornwall… 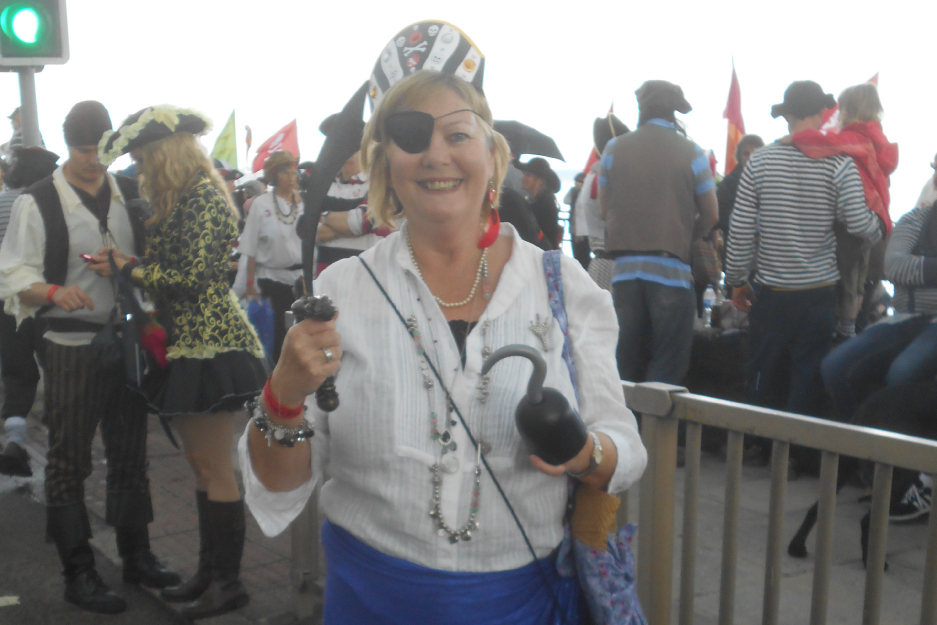 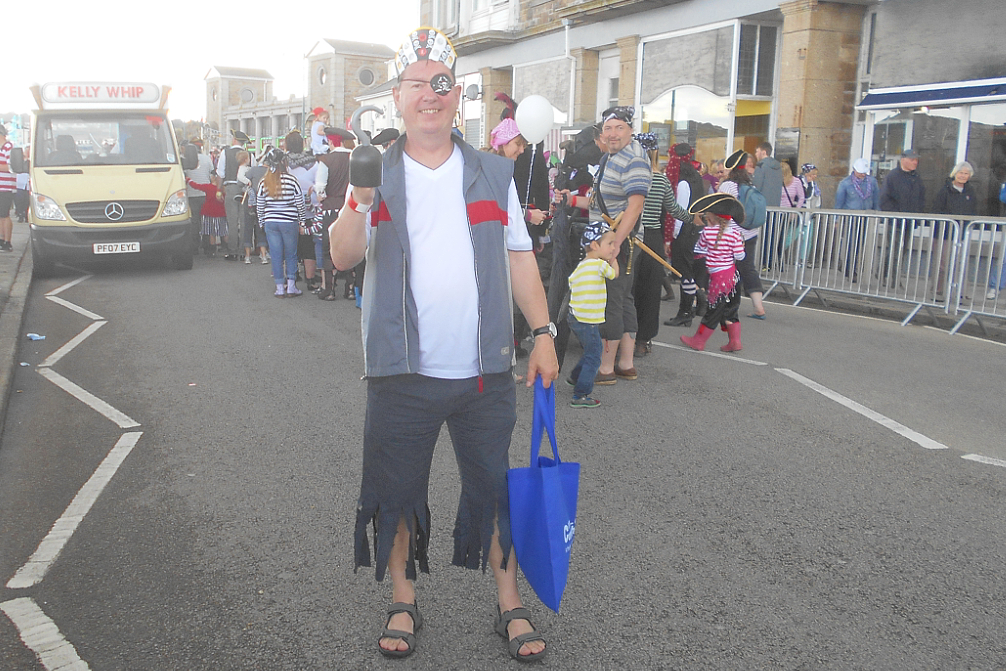 By a miserly 77 pirates, Penzance just missed seizing back the record. I blame the rain which came down between 3-4pm and persuaded a few buccaneers to hang on in the shelter of the pubs outside the main entry gates. Rules dictated that the counting stopped at 4pm, apparently leaving a good few hundred still not counted in. Aargh bloody aargh! They know who they are and where are the press gangers when you need them? Still, there’s always next year and all the £1 entrance fees went to the RNLI.
More about piracy and Cornwall in future posts and about our own new cockapoo pooch, Bonnie, who we take home next week. As she was born in St Austell, she’s the only true Cornish one in the house. She’ll be featuring in her own micro blog about trying to train her owners! So I’ll end by saying ’aargh’ to the fabulous pirates of Penzance and ‘ah’ to Bonnie who definitely lives up to her name.